As of September 1st, 2018 the City of Vancouver has introduced and started regulating laws and bylaws requiring that Airbnb hosts, who list within the city must acquire an Airbnb business licence to do so. Within this introduction of new laws, hundreds of Airbnb listings were cancelled as they were in breach of this law, leaving many hosts and customers upset. Future bookings were cancelled, resulting in guest dissatisfaction and left many hosts concerned about loses in revenue and algorithm ‘momentum’. More information about this licence can be found here.

In addition new taxation laws have been introduced to listings within the city. As of October 1st, 2018, Airbnb started charging Provincial Sales Tax and Municipal/Regional District Taxes. This is the same tax that hotels are being charged within the district, in total around a 10-11% tax has been added to all short-term listings. Airbnb automatically adds this Airbnb tax to the booking, and it appears as a ‘occupancy taxes and fees’ category on the booking breakdown.

Luckily for hosts, these taxes on Airbnb are automatically added for every booking, so hosts shouldn’t expect to see a loss of revenue, as the customer has to pay for this Airbnb tax. Every listing within the city charges the same percentage in fees. However, what many hosts fail to understand is that the chances for massive revenue growth has also taken place in the ‘shadows’. By implementing new laws and practically ‘culling’ a large percentage of the Airbnb hosting community without a business licence, the demand for property rental in the City of Vancouver has actually increased. The end result? Property rental is in higher demand with less availability. To help hosts get a better understanding of how taxes on Airbnb affect them we have a breakdown below to explain where the fees actually go and who is liable to pay the Airbnb taxes.

This is simply a sales tax that is applied whenever a taxable good or service is purchased (not to be confused with GST). This applies with Airbnb taxes as it falls under the category of being “the purchase/lease of goods and/or used goods bought within Vancouver City”, also known as the ‘accommodation tax’.

As this tax is separate from GST, Airbnb hosts are liable for collecting their own GST and paying that separately (you can allow Airbnb to auto-collect this Airbnb tax on your behalf). Normally the PST tax is only around 8% for accommodation services; however, in the case of Airbnb taxes within City of Vancouver, the Municipal and Regional District taxes also apply at (3%) raising the cost of the Airbnb taxes to 11%.

With that being said there is a tiny bonus for Airbnb hosts and guests paying for Airbnb taxes that include PST – electricity has now become fully exempt from the charges. As of April 1st 2019.

How Much Airbnb Tax Has Been Collected Throughout British Columbia?

As of June 25th, 2019, as stated by globalnews.ca, Airbnb has remitted more than 14 million in PST to the British Columbia Government. In addition, it is also important to note that Airbnb has paid an additional $4+ million, to the British Columbian Government in Municipal and Regional District Taxes. That’s a combined total of about $18 million dollars in taxes, within the first 6 months of the ‘short term rental Airbnb taxes’ being implemented.

The Airbnb financial team also stated that they expected to collect around $16 million in Taxes within the first 12 months of the introduction of the new Airbnb taxes. $18 million within the first 6 months is far more than expected, but the Airbnb team doesn’t seem to be worried as they state that “Our platform is popular, and growing fast, along with Vancouver also being a popular place to visit and is continuing to grow within its tourism industry.”

*The Airbnb tax information above is collected from the articles published between October 1st, 2018 and March 31st, 2019. 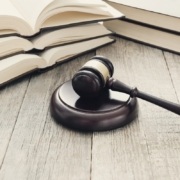 Airbnb Rules in BC, Canada 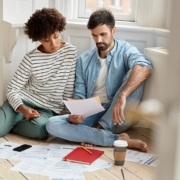 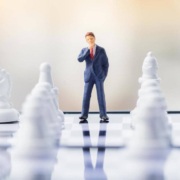 Which Airbnb Rules Should Be Addressed Before Listing The Property On The Airbnb Platform? 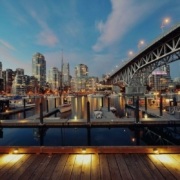