Located 200 kilometers west of Montreal, Ottawa is an increasingly popular tourist destination. It is also a place where Airbnb businesses thrive, as a result of the increasing number of visitors coming to the city. However, before starting an enterprise, it is essential to discover all the details about the location. Such details will be reviewed in this article, starting with the main benefits of choosing the city and ending with describing its legislation.

Advantages of Choosing Ottawa as an Airbnb Business Location

The first thing to discover before the final choice is made is quite simple, as it relates to overviewing the benefits the location grants to local entrepreneurs. The main benefit of Ottawa in these terms is its growing popularity. More and more people are coming to the city every year, while the number of active rentals is increasing not as fast. Logically, it grants an opportunity for aspiring investors to create a thriving business in the city, as the demand is growing faster than the supply.

For the same reason, the competition in Ottawa is rather mild. There is a relatively large number of properties that are being rented out, compared to other cities of Canada. But taking into account the size of the city itself, it becomes clear that there is still enough room for more rentals.

The city center is the place that is the most densely packed with Airbnbs in Ottawa, and it might not provide the hosts with the best conditions. However, there are many districts that have almost no competition. With the pace of development of the city, these locations will likely be in high demand in upcoming years.

Another advantage of choosing Ottawa as a destination for your future business relates to the mild rules of handling short-term rental enterprises there. It will be discussed in detail in the following sections, so for now, it is enough to mention that the city imposes mild rules and has an easy registration procedure the hosts need to follow. The quality of the city’s official website is also great, allowing the hosts to catch up with all the relevant information at any given time.

The next thing that is worth learning is the performance of properties that are already operating in Ottawa. At the time of writing, there are around 1,500 active rentals in the city, 67% of which are entire homes. The number of private room listings only reaches 500 here. The Average Daily Rate of rentals in Ottawa is $122 throughout the year, reaching its peak of $135 in August and its lowest level of $109 in November.

The statistics of Occupation Rates clearly indicate the seasonality of the business here, as these rates drop from 93% in August to only 45% in January. The annual average of this metric is 72%, which is rather decent, compared to other cities of Canada. All combined, these metrics result in local hosts averagely receiving $1,650 worth of monthly revenue throughout the year. It is more than most other locations in the country can offer, making it an attractive destination for new entrepreneurs.

In fact, the average number of properties that are rented out has decreased during the past couple of years. It is partially connected to the fact that some other cities were developing and growing faster than Ottawa, forcing some businesses to relocate. However, as of today, most other locations have very intense levels of competitions, whereas in Ottawa, there is still demand left to cover.

Regulation of Airbnb Business in Ottawa

There is some good news for entrepreneurs related to the regulations as well. Unlike some other places in Canada, the administration of the City of Ottawa pays enough attention to the short-term rental market. The main benefit here is that a host can always visit the official website of the authorities and get up-to-date information in a comfortable way there.

The currently active By-law has several rules the entrepreneurs have to comply with in order to start renting their principal residences out. Firstly, the person who is going to start renting out their property has to obtain a permit from the city. Thankfully, there are many groups of people allowed here, starting with homeowners and ending with renters who are planning to re-list their properties.

The second requirement relates to the property being allowed for short-term rent by the Zoning By-law. This should be checked for each individual unit separately. The next point relates to the listings on Airbnb and other platforms. Such a platform has to be approved by the city, and all the listings should display the permit number associated with the property. Last but not least, the hosts are required to inform their visitors about some key local regulations, the full list of which is available on the official website of the City of Ottawa.

How to Get a Business License in Ottawa?

As already mentioned above, instead of a business license, a city-issued permit is required to start operating in Ottawa. The application for such a permit is rather intuitive, but the host has to comply with some terms to pass it. In addition to the rules mentioned above, these requirements have to be met:

The person also has to pay the fees in order to get a permit. There is an application fee of $57 and the fee of the permit itself that will cost the person $53. The permit is issued for two years, and it can be renewed through the corresponding procedure.

It is worth mentioning that the city also allows registration of rental managers and rental platforms, which enables the hosts to operate with multiple properties that are not their principal residences. However, the rules for such ways of handling a business are different, so it is important to discover them on the city’s website.

In terms of taxation, the rental market in Ottawa is also rather friendly to new entrants. Much like in all other regions of Canada, there is a Municipal Accommodation Tax (MAT) that is charged from the hosts. For Airbnb users, the process of paying this 4% tax is automatic, as the platform charges it itself from the incoming payments.

The tax is charged from the fee stated in the listings, including all the additional fees. Similar to most rules described in the article, it is only applied to properties that are being rented out for 29 or fewer nights. In case you’re planning to use another platform to promote your property, make sure it is approved by the city’s administration and that it collects the tax automatically like Airbnb. Otherwise, the manual procedure of calculating and paying the tax may be discovered on the website of the City of Ottawa. 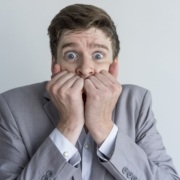 Save Yourself From These Airbnb Nightmare Scenarios 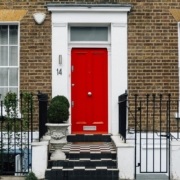 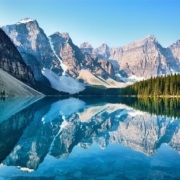 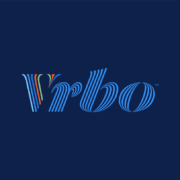 The Essentials You Need To Know About VRBO 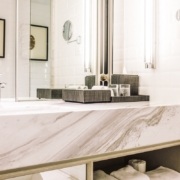 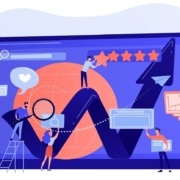 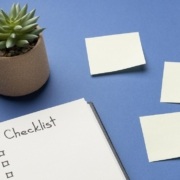 Investing in Toronto Real Estate? Top reasons why we buy property In Toront...
Scroll to top