As a country, Canada is a great choice for an Airbnb business investment. The general market conditions are comfortable, while the legislation is not as strict as in some other countries. Many entrepreneurs have already demonstrated their successful cases there, and the common lesson that can be learnt from all of them is that choosing the correct city to operate in is essential.

There are multiple cities that could easily interest an aspiring Airbnb entrepreneur in Canada. Some of them are large megapolises with sustainable and predictable incomes, while the others are rapidly developing towns with a huge potential for the future. In the article, the most attractive options will be reviewed with all the essential information for each city.

The first city on our list, Whistler, currently shows the best performance across all Canada in terms of monthly revenues. Even though the ideal option would be to invest in property here before the local short-term rental market boomed a couple of years ago, there is still room for new entrepreneurs. The total number of properties here is 2,838, and there are some areas that are not completely occupied by Airbnbs.

The financial metrics here are extremely impressive, mostly because of the rates local hosts charge. The Average Daily Rate (ADR) here is $261, which is higher than in any other Canadian city on this list. Despite such huge prices, the demand is still excessive, as the Occupancy Rates average 60% throughout the year in Whistler. Combined, these two metrics grant local property owners an average monthly Revenue of $3,504.

Kelowna is a rather remote city with a small but sustainable short-term vacation rental market. The market was stagnant for around two years because of the pandemic but is now facing an eighteen percent quarterly growth, granting opportunities for more and more investors. Right now, there are 1,100 properties that are actively rented out in Kelowna.

The ADR in Kelowna is $219, while the Occupancy Rates average 68% annually. The city gets the most tourists in summer, although some visitors come here in winter as well. The monthly Revenue of entrepreneurs here is $2,822.

The city of Squamish might be a more attractive option for an investment despite the fact that the metrics here are less impressive. The main advantage of this town is the outstandingly mild competition: there are only 200 active rentals here. At the same time, this remote city offers all the attractions the tourists are used to.

The ADR here is $193, while the average annual Occupancy Rate is 77%. The average revenue per month is $2,800 for hosts in Squamish, which is a very decent result. Of course, the data is not too representative, but the opportunities are clearly visible nonetheless.

Victoria’s rental market is very similar to the one of Kelowna. There are 1,000 active rentals there, the vast majority of which are entire homes. The only significant difference is that the rates here are lower: on average, hosts in Victoria charge $157 per day. This results in a higher demand, which is clearly demonstrated by the Occupancy Rates of 88% throughout the year. The monthly revenue of entrepreneurs in this city is $2,753, on average.

White Rock is located right next to the US border, and it also has an interesting market for an investment. There are only 126 active Airbnbs here, but their performance is better than in most other cities in Canada. The ADR in White Rock is $158, and the Occupancy Rates are 70%. This results in a Revenue of $2,232 per month for businessmen in the area. Its quarterly rental growth is 17%, and there is still room in the city for new properties to be rented out. The area, however, is rather small, so only the most lucrative entrepreneurs would be able to truly benefit from the situation.

With Vancouver, the situation is almost exactly the same, although the market is a lot larger. It is home to 3,900 properties that are listed on Airbnb, which makes the data a lot more representative than with the smaller towns on this list. The ADR in Vancouver is rather low because of the competition: it averages $169 annually. The Occupancy Rates are high, reaching almost 100% in August and only dropping to 68% in January, resulting in an annual average of 86%. The monthly Revenues are $2,740 here.

Richmond is not developing as rapidly, but it offers a lot more stability for investors. There are almost 1,300 rentals here. Only 60% of them are entire homes, which is a relatively rare case for Canada: usually, there are a lot fewer private rooms.

The Average Daily Rate in Richmond is $160, but it is important to take the previous fact into account: for entire homes, the rates would logically be higher, as the number is pulled down by private room listings. The Occupancy Rates average 65% in this city, while the Revenues are $2,027 per month.

Toronto has the largest short-term rental market across all the cities on this list. At the same time, it is one of the most stagnant markets, as the quarterly growth is only 6% here. It is home to a whopping number of 10,300 active Airbnbs, which implies an extremely intense competition in any district of Toronto.

The same competition forces the operators to lower their prices, resulting in an ADR of $162. The Occupancy Rates are 77%, rising from 50% in January to 95% in August. The average Revenue generated by a local Airbnb per month is $2,033. Even despite the competition, Toronto remains one of the best cities for launching a short-term rental business in Canada.

Top reasons why Airbnb in Toronto is a great investment read here.

Burnaby is a city right next to Vancouver and is also a great place to launch an Airbnb business. The quarterly rental growth here is 27%, and there are still several areas with almost no competition at all. Similar to Richmond, the share of entire home listings in Burnaby is only 60%, so it is necessary to keep it in mind while analyzing the data.

In total, there are around 950 rentals in Burnaby right now. On average, hosts charge $133 per day, which results in an Occupancy Rate of 81%. The monthly Revenue of a typical entrepreneur in Burnaby is $1,907. It is lower than with most other cities on this list, but the potential is still huge.

Ottawa has a similar situation but on a smaller scale: its market is also rather stagnant, but the competition is not as intense as in Toronto. Ottawa is home to 1,500 active Airbnbs, 67% of which are entire homes. In contrast to Toronto, there are still some districts that are not as densely populated with listings, implying there are some opportunities left.

The Average Daily Rate is rather low here, averaging $123. The deviation throughout the year is minimal, however, as the ADR only drops from $133 in January to $117 in March. The Occupancy Rates average 72%, although the peak of demand is in January, where they reach 93%. The monthly Revenue is $1,697 in Ottawa.

Check out the best big US cities for an Airbnb investment. 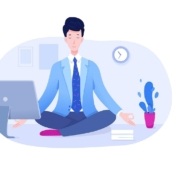 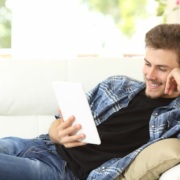 What is An Airbnb Welcome Book and How To Write One? 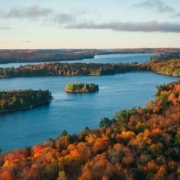 The Best Places to Buy Airbnb Property in Ontario, Canada 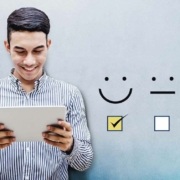 How To Write And Get Good Airbnb Reviews 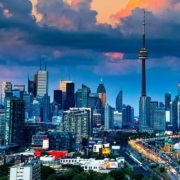 How to start an Airbnb business in Toronto 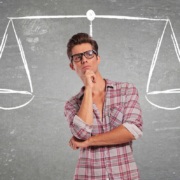 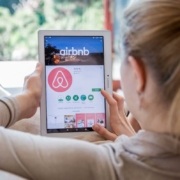 Some Tips On How To Create Best Airbnbs Title For Listings 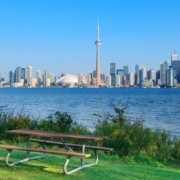 Why Airbnb in Toronto is a Great Investment
Investing in Toronto Real Estate? Top reasons why we buy property In Toront...

Why Airbnb in Toronto is a Great Investment
Scroll to top